HomeEntertainmentSocial Media Marketing - In Conversation With a Journalist 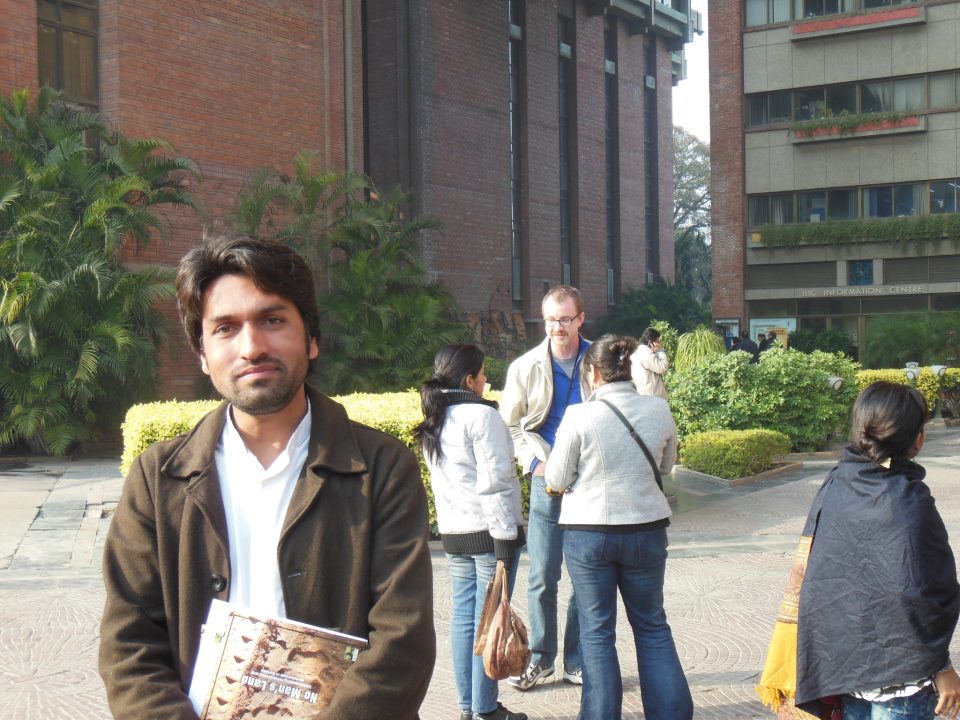 Social media provides their users a platform where they can connect and share. Billion of people in this world are social media users. This number is increasing day by day. Engagement of people on these platforms have raised the importance of everything to be there online. This is part of social media marketing process.

Meet Azam Khan, a journalist sharing his thoughts on this issue with us.

Azam Khan, 34 years old journalist is working with Saudi Media and Research Group. He also worked with Express Tribune, Turkish Radio & Television Corporation and Geo Network. Information Technology is also a major area he covers in his news reports. Working on special assignments is his passion.

He worked on Pakistan’s counter terrorism policy— the National Action Plan— and also contributed two research articles for a biannual research magazine. His story on Peshawar Army Public School was shortlisted for an award in USA. He also covered Panama case, Census and Faizabad sit-ins.

Mr. Khan did his masters in Defense and Strategic Studies from Quaid-e-Azam International University Islamabad. He then became interested in journalism and started his career as a journalist in 2008. He has devoted ten years of his life to journalism.

He said journalist is an opinion leader therefore, he should not be biased. Good journalists work for public interest and they never mislead their followers.

“Online readership of Express Tribune was thousand times more as compared to print side.” – Azam Khan

Azam Khan joined Express Tribune in 2011 and worked there for several years. Express Tribune is Pakistan’s only intercontinental allied newspaper with global version of The New York times launched in April, 2010. He said Express Tribune was the place where he felt his skills worked. Sharing his views regarding the impact of social media on news he said, audiences now particularly rely on social media to acquire news updates.

Mr. Khan said news consumption patterns have changed over the past few years. Due to huge online readership, news channels have now created their pages on different social media platforms. They share same content online to reach maximum audience. When he was working at Express Tribune, he noticed that online readership of paper was significantly larger than its print version. He added that traffic on Facebook and Twitter pages was more as compared to actual website.

“We had separate desk to handle online news stories”, said Mr. Khan while telling about how they used to handle it on social media. To make audiences stay tuned to their website, they try to provide chunk of critical information on any subject in form of headlines or tickers. And then they upload full edition of that news story as soon as possible.

It is very important to keep your audience interested and engaged through targeting them on social media. You need to see what trends are going on in the market. Apart from those patterns, you have to think about other creative strategies as well. Your main target is not to lose already existing audience and then you think about targeting more and more people, said Mr. Khan while briefing about marketing content on social media.

It is a team work indeed! A lot of people are working together to keep their audience interested and active. Whenever any colleague comes up with some different and challenging work, we announce it on social media. We tell our audience that something interesting is coming soon. In this way we grab interest of our readers. Also, we share chunks from that story time by time to create hype if covered story is really outstanding. We use this supreme tactic to increase traffic and make audiences stay on our official news website.

While talking about important social media platform for journalist he added: “Twitter is of great importance for journalists.” Journalists rely heavily on Twitter for updates. Twitter has verified accounts of prominent personalities. They keep an eye on their tweets. These days Twitter is largely used a news source too.

Mr. Khan also shared his views regarding authenticity of news on social media. He said, it is the first and foremost responsibility of a journalist to verify any news. Breaking news, creating hype and then saying sorry to audience proves that you lack training. A good journalist never breaks a news without verification.

Journalists must remain active on social media for updates. It is a great news source these days.

Everything is online these days. Social presence is important for all journalists. Especially the ones who are struggling hard to create an impression on public mind through their work. Social media is more a necessity than luxury for journalists.

Mr. Khan told that he worked with different organizations and every experience was great. All these organizations played great role in polishing his skills. He started his career with Express Tribune newspaper. He contributed more than 1402 stories on its website. 9/11 incident’s coverage on local and global media intensified his interest in the field of journalism.

He moved to Istanbul while working for Turkish Radio and Television Corporation. He did reporting for Geo News from Turkey. It was his first experience as a TV reporter. Then he came back to Pakistan and started his journey with Geo News. He remained there for almost 3 years. “It was challenging but a great learning experience for me”, said Mr. Khan while talking about his tenure with Geo News.

Since three months Mr. Khan is working with Saudi Media and Research Group. Office of this organization is in Islamabad. He is really enjoying his work with this organization. He is currently working on controversial and human interest issues. His duty is to contribute his well-researched work on their digital media.

Mr. Khan believed Cyber Crime Bill 2015 was not only to restrict the digital space of an individual, but was also to curtail freedom of speech. He devoted many of his writings to this issue for creating public awareness. He added: “Being journalist, it’s my duty to speak for public rights and truth despite threats from some government officials.”

His passion made him achieve another milestone. He wrote a book titled “Aik Aur Wazeer-e-Azam – Panama Muqadmay Ki Puri Kahani”. Mr. Khan was covering different court trials and incident occurred throughout this journey. He got a chance to investigate all the matters in detail. He took perspectives from leadership as well as opposition of that era to critically analyze this issue in detail. This case study in the form of book will be quiet helpful in future.

Covering PAT and PTI marches, Mr. Khan was brutally beaten up by police. He reported condition of protesters and shared their pictures on social media. He identified himself as media person but still he became victim of police violence. “I was taking and posting pictures of a mother and her infant child during tear gas shelling. Police came and beaten me with clubs and I got head injuries. I was shifted to hospital and posted news related to this incident from my bed.”

At the end, he quoted saying by William G.T She’d as a message for all journalists:

‘A ship is safe in harbor, but that’s not what ships are for’

Observing his manifestation of devotion to his duty, we hope that soon Mr. Khan will reach the elevations of success due to his valor and exceptional abilities.

Is Your Infant At risk of Greenstick Fracture?

Bone is the hardest tissue within the human body. However, once bones are under pressure of forces that exceed...
others

Pakistan and China, the geographic neighbors, had maintained a diplomatic relationship since 1950 when...
News

The death of insurgent leader Sulemani outside the territories of Iran unfolds several...
HardHourTech Blog