Facing Kent was the first task at hand for the depleted Pakistani team on the current tour of England, as they took on the county side at Beckenham on April 27.

This match described the Pakistani team in the most prolific manner, in the famous and nostalgic words of Nasser Hussain, ‘One minute down, next minute up’. Being 123-1 to collapsing to 164-5 but at the end reaching a substantial total of 358, Pakistan cruised past Kent, beating them by 100 runs.

Pakistan won the toss and elected to bowl first, the openers looked in good touch as they nurtured a 50 run opening partnership in less than 40 deliveries. A rain interruption then started the downfall of the ‘brittle‘ lineup, as Imam was removed by Snater, with Qayyum taking care of Shoaib Malik and then shortly Sarfraz Ahmed, both of them falling prey to the left arm spinner courtesy some pretty bad shot selections by the seasoned campaigners. This laid the platform for an Imad Wasim special as the left arm batsmen silenced all his critics hitting a sublime century off 73 balls, with help from the other end by Haris Sohail, both of them forming a stand of 139 runs, putting up a target of 359 for the hosts. Imran Qayuum impressing with figures of 4-45 but everyone else leaked runs for all ends.

Faheem Ashraf initially dented the chase for the hosts, removing both the openers in short time as Kent stumbled to 10-2 inside the first 6 overs. A 137 run partnership form Robbinson and Blake gave them some hope but their efforts went in vain as the visitors cleaned them up a hundred runs short of the target given. Faheem Ashraf and Hassan Ali the stars in the bowling department with Fakhar Zaman chipping in with 2 wickets but the highlighting part was Pakistan’s frontline spinner Yasir Shah, who went for 90 in his quota of 10 overs.

The hero of the day for Pakistan was All Rounder Imad Wasim, whose career best 117* powered Pakistan to a high total. In reply, Kent could offer little resistance to the power packed bowling lineup of Pakistan, with only Ollie Robinson showing some fight and valor. He, along with Alex Blake, put up a partnership of 132, thanks to plenty of half trackers and loose deliveries by leg spinner Yasir Shah, who although took 3 wickets, gave away 90 runs in his 10 over quota.

The Green Army faced Northamptonshire next, in Northampton on April 29th

A day that many Pakistani fans might have been wishing to see for quite a long time – even though they’ve seen a fair bit of it now under Sarfaraz. A match in which a Pakistani batting lineup dominated proceedings and clinically chased down a respectable target without giving their supporters some worrying times. The Pakistani openers looked well in form as Fakhar Zaman made an 80 ball century, showing some glimpses of the magic he showed back in in June in 2017.  Rest of the batting lineup playing their part effectively too.

Northamptonshire captain Ricardo Vasconcelos won the toss and elected to bat first. The talking point for everyone was the inclusion of Mohammad Amir, who picked a wicket on the first ball of the match but wasn’t too effective later on, finishing with 1-45 in his 9 overs. On the other hand, Mohammad Hasnain impressed one and all with his express pace, hitting the helmet twice, forcing Northants captain Vasconcelos to retire hurt after playing 11 balls for a single run. None of the home team batsmen could cope with the variations and depth of the Pakistani bowling lineup except Josh Cobb, who played a splendid inning of 146 from 145 balls, taking the score to 272, which looked like a fighting total. Pakistan used 6 bowlers who took 1 wicket each, Junaid Khan, being the most expensive of the lot, going for 79 runs in his 10 overs; getting taken to the cleaners by Cobb after an excellent first spell.

The Pakistani Openers came out blazing with a very positive frame of mind; all guns blazing as they put up a partnership of 157 before Fakhar Zaman fell prey to Nathan Buck after scoring a terrific hundred off of 81 balls, hitting 15 fours and a six in the process. Imam and Babar carried the same momentum with a fifty-run partnership before Imam was bowled by Ian Holland on 71. Captain Sarfraz promoted himself up the batting order and finished things off for Pakistan with 9 overs to spare. None of the Northamptonshire bowlers could impress with only Tom Sole going for less than 5 runs an over.

Things to Look Forward To

The England tour has really started off well for Pakistan, as they’ve won both their opening tour matches and look all set to face Leicestershire on Labor Day. There are however a few very worrying problems that the coaching staff and management still have to deal with. Pakistan star all rounder Shadab Khan being un available for the England tour has certainly made things difficult for the team as he was a very regular and integral part of the squad. Moreover, his replacement Yasir Shah has given a very slender performance in the two matches, failing to impress the selectors once again after an abysmal run in the UAE against Australia where he could only pick up 4 wickets in 5 matches and often was the leak in an otherwise relatively tightly packed bowing lineup. His collective figures being 20-0-151-4.

The other talking point was the inclusion of Mohammad Amir in the second match. All eyes were on him, and as he took a wicket on the first ball of the spell, many of his supporters must have thought that maybe, just maybe they would be able to see the old Mohammad Amir back. The seaming conditions and the pacier pitches of England might just bring his bowling back to life but he failed to make a mark in the rest of the innings. Hasnain on the other hand, justified his selection and has thrown the ball back in the court of the selectors with some express pace bowling, one after which the commentators and the Northamptonshire coaches could not help themselves but praise.

These wins have certainly laid the platform for an exciting series against a very balanced and rampant England team, who themselves are facing some selection issues after the Alex Hales aftermath. However, Sarfraz and the management would be looking to give the whole squad enough chances so that they could choose the best possible 15 for the world cup, keeping in mind the conditions and the pitches. Mohammad Amir and Hard hitting batsmen Asif Ali would be the men in the limelight as everyone would be hoping for them to perform well and cement their place for the World cup. This series holds importance for both the teams, as both would be looking to gain momentum before the world cup and would be looking to form the best 11 to avoid any experiments during the tournament. With the Pakistani team looking focused and ready, this is all set to be a cracker of a series. 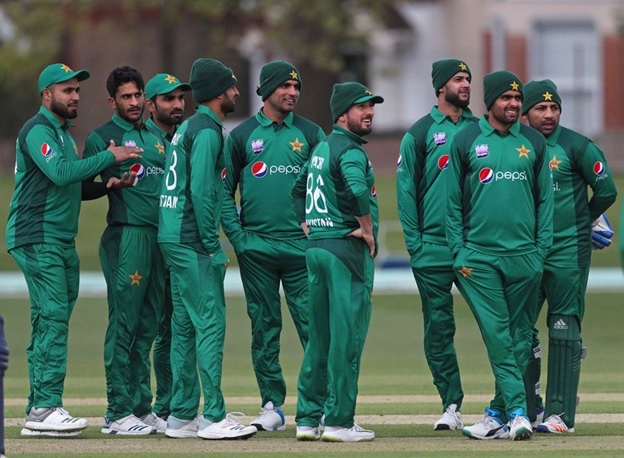 693
April 30, 2019
Previous article8 Benefits Of Communication for a Persuasive Personality
Next articleIndia vs Pakistan

What are Long Tail Keywords & How to drive traffic

What Caused The Taliban To Want New Peace Talks With The...

It is Becoming Difficult to Die in Naya Pakistan!