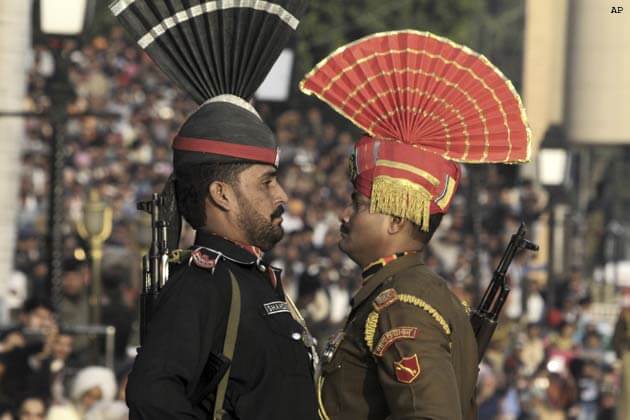 India and Pakistan are rival countries since their birth. India is often blamed for heading, and supporting criminal, offensive, and terrorist activities, inside Pakistan. Kulbhushan-Jadev took the case to another hype. India vs Pakistan conflict is now changed into a genetic trait of the people of the continent.

An Insight on Indian role of the conflict.

During the recent months, the animosity among the two states has to lead to the recent military adventure among the two rivals. Any poor countries like these two should never waste the Tax-payer money on such non-sense adventures.

Whereas there lies another fact, they both have abnormally powerful armies willing to convert any hot debate into an escalated armed adventure.

Furthermore, the army of Pakistan is now proving itself as a more sensible institution among the two rivals. During a recent press-conference by DG ISPR Pakistan, the standings and vision of Pakistani Armed forces are more clear. They appear more responsible as compared to their Indian counterpart.

The recent violation of Indian fighter planes is the best example of armed violence happening on the continent. Exclusive: two Indian fighter jets get shot down by the Pakistan air force.

Radical Hindu organizations and their representatives are in power. They are becoming a threat to national and international peace. They act and monger in mobs making it impossible for the governments to work. Whereas, it is escalating the concerns of human-rights activists. Because both countries are emotionally sensitive. These actions are increasing the difficulties of Indian minorities. These minorities include Muslims, Christians, Shika, and Zoroastrians.

Mob violence by extremist Hindu groups affiliated with the ruling BJP against minority communities, especially Muslims, continued throughout the year amid rumors that they traded or killed cows for beef. As of November, there had been 18 such attacks, and eight people killed during the year.

Dalits, formerly “untouchables,” continued to be discriminated against in education and in jobs. There was increased violence against Dalits, in part as a reaction to their more organized and vocal demands for social progress and to narrow historical caste differences.

The case of Indian minorities has to play a vital role in the peace sustenance process of the two countries. India is home to 172 million Muslims. They share a 14%+ section of the total Indian population graph.

About 2.3% of India Population follows the Christian faith. There are about 28 million Christians living inside India.

Pakistan also had faced a few non-state actors and players who played their role in destabilizing the country multiple times. Pak-Army and now their supported government has put an end to their activities heavily sponsored by CIA, RAW, and Mossad. Whereas, in India, the factor of radicalization is touching its ultimate.

It was the doctrine of English people. But thanks God! It’s not that black-age anymore.

They lost everything to Peace. Everyone will have to surrender in front of PEACE!

Pakistan demands from India to follow the UN resolutions.

Pakistan shouldn’t have any problem with the advancement and success of Indian government and nation. The sentiments of the locals are positive when it comes to the relationship with India and other neighboring countries. But the way they are adopting to govern and rule, are barbaric and jungle-type. They should be decently encountered for the benefit of common people.

A Request To General Public.

A vast majority of under-poverty-line people are being told that all the insecurities they feel and the failures they face are because of Pakistan. And this is what the government is selling to ample poor for a very little benefit. This will not bring any improvement anyways in any sector of life, whatsoever.

Stay Informed And Away From Radical Politicians

Let not your politicians make a fool of you by wasting your money on doing useless adventures near elections. And it’s not because soldiers fear from death, it’s because there are humans in India too who are being misled and ill-fed. They and their family’s future is at stake. The future of the world is at stake. Because any heated conflict can trigger a nuclear war. And this nuclear war can take in to cover the whole planet.

The general public in this India vs Pakistan conflicting situation should indicate politicians that politicians need a country to sustain their looting and corruption chain. So it’s better not to ruin the country by messing with neighbors.

How To Reverse India vs Pakistan Conflict?

This is a Zillion-Dollar question. Obviously peace is the only key to success. The reduced enmity and increased good will feelings among the two countries can improve the conditions of the people of both countries.

This time choose accountability, not corruption. And those who chant this slogan are liars.

India is in the same situation as Pakistan was in 2008. Situations got better on this side of the border. In order to sustain a Political system with appropriate management and leadership. And after the very recent elections, we have the most under-observation, a new government. But things are getting worst inside India.

Following the UN-resolutions, both countries can achieve Peace.

Engagement of people on a cultural level. Arts and literature of both countries have an identical touch and taste. Thus, should be promoted for peaceful interactions.

The military spending on non-serious adventures should be reduced. This will result in the reduction of poverty inside India and obviously in Pakistan too.

How India Can Advance In Such a Case?

In this world of technological advancement, no intelligent person wants to conquer the land.

India has attacked Pakistan without any provocation in 2019. Pakistan Air-Force Shot Its 3 Fighter-Jets down. The tension soon after this incident vanished as India had to face pressure and insult throughout the world. The two nations have nuclear weapons in their arsenal.

Effect Of Nuclear War Between India And Pakistan

The nuclear arsenal of Pakistan consists of 150+ Nuclear warheads whereas India has around a hundred nuclear weapons. Any Nuclear war can wipe both nations off the surface of Earth.

Why Do India And Pakistan Fight?

The radical fanatics of India are the most effective component of India. They want to make India a solely pure land for Hindus. It needs it to be cleaned up of all foreign elements. The Radical tycoons urge people to throw all non-Hindus out of the Indian territories.

Monetary Unit Of India And Pakistan

The monetary unit of India And Pakistan are Rupiah, Paisa Or Rupees.

Don’t let life pass you by

It is wise to live life to the fullest, so don't let life pass...
Health

Is Your Infant At risk of Greenstick Fracture?

Bone is the hardest tissue within the human body. However, once bones are under pressure of forces that exceed...
News