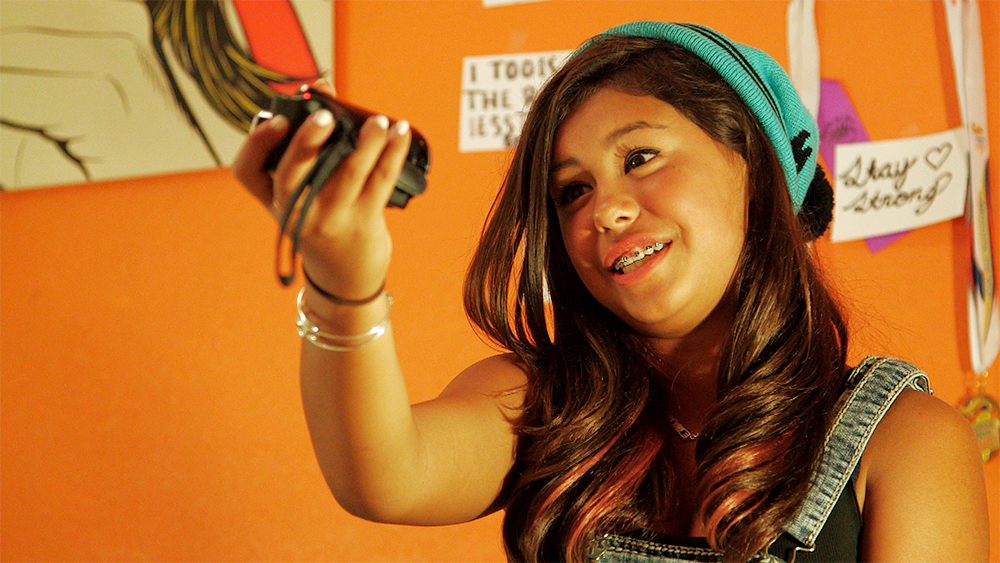 FRONTLINE, an American TV Series was founded by David Fanning. It is famous for highlighting important issues through their documentaries. It has also won several awards for creative and interactive production content (PBS Frontline). They on aired a documentary Generation Like in which they revealed trends of advertising on soial media.

Douglas Rushkoff, the correspondent, writer and co-producer of “Generation Like” documentary is also a media scholar. He tried to tell audience that besides the illusion of connectivity, interactivity on social media, how people are used by the marketers. Youngsters think social media is a great great platform for them to show their skills. These social networking sites and marketing management uses audiences’ skills to achieve their marketing goals.

Bonin Bough, Vice President of Global Media Mondelez International also revealed information regarding social media marketing. He emphasized to compete in market, companies need to target the audience on social media also. Social networking sites have opened room for advertisers to market their products online. They can also promote their products with the help of audience.

Beginners with less initial resources can take a start through advertising on social media.

For example, you are a talented dress designer but you don’t have enough amount to advertise your product. In this age of social media, you can simply start it by making a page on Facebook and other social networking applications. You can take help from your friends and social circle to promote your page. People will get to know about you and it is a good way to get a start. If the idea gets successful, you can expand your business on larger scale through paying Facebook to boost your page.

Big companies use social media to market their product in a better way. The amount advertisers pay in order to boost their post goes into the pockets of owners and partners of the network you use. Author Charles Duhigg also revealed in the documentary that whatever expression you show online, it’s recorded. The number of like’s turns into profit for companies and social media networking sites itself. It’s all a game of numbers on social media. More number of likes and subscribers means you are on hit list of marketers.

Tyler Oakley & Steven Fernandez who got fame via YouTube videos were also featured in this documentary. Steven told that he makes videos not just for fun but to support his family financially. Both of them started their journey via social media and now they are famous social media stars. Seeing their fame marketers planned to feature them in advertisments for marketing their products. Fan base of Tyler and Steven helped them to reach mass audience to attain their advertising goals.

Steven Fernandez role in some of his videos was not appropriate for his age. It depicts how sponsors exploit someone’s image for marketing their product. With every passing day, these advertising companies are losing their grip over ethics and producing more and more unethical content. People do criticize that content but still they keep producing it because they get likes for it.

This trend is also there in Pakistan. We can relate to it by giving example of Zaid Ali T and Rahim Pardesi who are famous social media stars. Both are famous for producing humourous videos. They have huge number of followers and subscribers. Associating them with any brand definitely means you persuade audience to become consumer of your product.

Zaid Ali, famous YouTuber known as Zaid Ali T was appointed as Cheif Fanta Fun Officer. Many people make videos and copy his style as well but his talent is just matchless and that’s the reason of his fame worldwide. Therefore, Fanta hired Zaid Ali T as their first teen marketing officer for targeting teens consumers.

Zaid also produced some videos in collaboration with some other partners like Shahveer Jaffery who had less fan following as compared to him. Due to his growing fame 7up used this social media star for their brand endorsement this year on Valentine’s Day. He got thousands of likes, shares and comments on that video. This proves how marketers keep an eye on famous social media celebrities for their own benefit.

Zaid Ali T rejected an offer to work in Hollywood

Zaid Ali T revealed in a post that he also got an offer to work in some Hollywood movie and he rejected that offer just because of kissing scene in that movie. He did not want to sell out his talent for something which is against his moral values. His fan following increased after that post. Many of his followers appreciated his step.

Zaid Ali T’s rivals DhoomBros defamed him saying that he portray himself a very pious person but he worked in collabration with 7up to promote Valentines Day. But he rejected Hollywood offer due to a kissing scene. Zaid was also accused of stealing videos from other people in an article by Noman Ansari “Dear ZaidAliT, stealing jokes is not funny” published in Express Tribune’s blog.

People get involved in, like and share such content due to which they get an idea what kind of content people like to watch. So they produce such content without caring about ethics in order to market their product. Many emerging social media stars in Pakistan also use inappropriate language and theme in their comic videos content. They also promote the stereotypical images related to genders and casts in the videos they produce. People laugh at such stuff and like such jokes so this trend is increasing day by day. Soon policy makers would think about how to stop this non-sense.

You are your own media company – Oliver Luckett

Oliver Luckett, owner of the Audience claimed in the documentary Generation Like: “You are your own media company”. IAN Somerhalder was amazed at the way Oliver promoted him on the social media by getting millions of likes on his page which were even greater than the actual viewership of Vampire Diaries movie.

There is a strong possibilty that social media will dominate mainstream media in near future.

This is more like a circle where an individual uses social media networking sites to get name and fame. In order to achieve this goal, he increases his networking size. When he reaches to outstanding level, different advertising companies uses him to market their product because they know it’s an easy way to target the audience via some social media star because he has huge viewership and their product will reach to the masses via him. On the other end this social networking sites owners and management generates their revenues through it.

Soon, this medium will dominate every other medium and the way it has influenced our personal and professional lives; it is becoming difficult for us to survive without it. Social media has changed and is still changing communication patterns from, connectivity interactivity to marketing products; we should not take this medium lightly. There is a possibility that this medium will dominate the mainstream media in near future. Let’s wait and watch where this game of GENERATION LIKE would lead us.

He had been better known for his aggressive style of play, both on and off the field, and from very early on in his career.
Health

The mouth leading to stomach is considered as the most sensitive and important mean of transportation of health or disease / good or evil, into the human body. Adoption of halal food with proper cleanliness can ensure the health safety and also the improvement in thinking style.
HardHourTech Blog