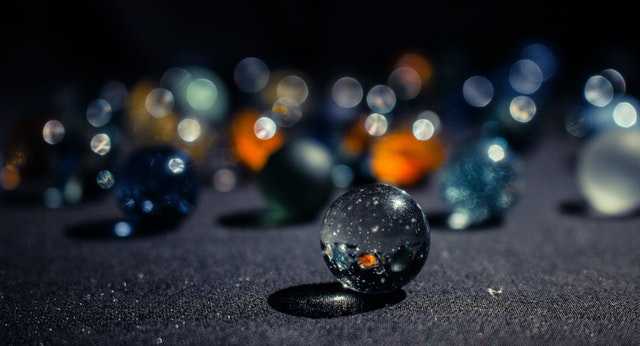 Alternate Universes, Parallel universe, alternate reality are more or less a fictional theory. The concept is getting a lot of hits these days due to its growing popularity in fiction and movies. In this article, we will discuss the idea of parallel universe or alternate universes in detail. We will also discuss how to contact yourself in a parallel universe?

As there has always remained a mysterious thought in our mind about our existence, our creation or evolution, our end, life after death, and similar questions, we look into this idea in finding the probability of the existence of similar beings. Alternate universes must exist as a matter of fact if we take seriously the theory of the start of life on earth.

This article encounters the process of exploration of universe and feeds an easy explanation of the possible hypothesis on historical events and origin of universe and the parallel universe theory that leads to Alternate universes that must be identical to our universe. This notion endorse the probability of another you in this universe. And alternate universes give rise to the question, how to contact yourself in a parallel universe or finding an alternate you in virtual reality.

It means a copy of our universe or our planet earth.

What are alternate universes

Alternate Universes Are the Universes that came into existence due to the frequent repetition of the events that lead to the evolution of life on earth.

Are there Alternate Universes?

Well, it may sound funny, but some scientists have presented such studies in which they have discussed the notion of the multiverse. The concept of a alternate universes are the same as parallel universe theory and multiverses concept, and are all interconnected. This concept suggests that there are copies of our planet earth. Due to the limitation of scientific knowledge and scientific procedures, we are unable to find or locate them at the moment. But with improvement in scientific knowledge, we will be able to find and communicate with them.

According to Stephen Hawking, a famous physicist, there exists infinite number of parallel universes. He proceeded arguing in the favor of this theory that before the time when our planet didn’t exist there was no time or may be there was no limitation applied on time. He argued further quoting an example of a sphere. He said as there is no edge of a sphere, we can correlate that there wasn’t any boundary of the time.

It is still unknown that if time had no boundaries at that phase of its existence, what forced it to restrain itself into a boundary? The argument here can be that due to the big bang, that very “sphere” of time changed its appearance as a result of evolution into a body with edges like square, rectangle, rhombus, or so.

Is it fair or logical enough to compare mere ideas to material things? I don’t think so. It’s because these ideas are mathematical facts, and the astrophysics contains a lot of discrepancies.

Here it is interesting to mention that standard scientific rules don’t apply to this branch of Physics! So we can expect to hear anything, literally anything.

According to scientists around 13.8 billion years ago there was no earth or anything similar to what we know about earth today. Then due to some unknown reasons the cosmos started expanding in three dimensions. There is an understanding about the unification of the cosmos (or whatever known or unknown) before that event of expansion. The unification of the universe is understood as infinitesimal singularity which means that the volume of the universe was negligibly small yet the density was infinite with extremely high mass.

Now everything in this universe or universes comes out of a blast, a big bang. This implies that as big bang wasn’t a controlled reactions neither there were multiple big bangs taking place in the universes or cosmos, as everything was so small in volume and unified. Therefore there are many theories which try to define any such happening in the past which is related to the existence of earth, evolution, and the life on earth

We don’t know the shape of space-time and theories suggest that goes on to a never-ending flat surface. This theory suggests that there are a number of universes out their in the cosmos. Further theories and unleashed possibilities indicate the presence of multiples cosmos. So, the mathematics goes on and on.

Are there any signs of life on a Parallel universe?

Signs is a broader term. There can be many things which we can present as a potential sign to support our argument.

The first argument can be a counter-argument. For example, are we confirm that there exists no one other than humans and no life anywhere other than earth? No! So, how can we request for evidence of life on any such planet or planets?

Secondly, scientists think that there are signs of life on planets like Mars, trillions have been spent so far on the projects of exploration, research, and development. We still don’t have any straight facts to present, yet we believe there are “signs” of life on planet Mars. Then why can’t there be a Parallel universe theory and ultimately the existence of life on those universes?

Scientists believe that there may be Aliens living there on those planets. It is also a possibility that humans may be living there. There can exist a complete structure of life as it exists here on our planet. Those who have died earlier on our planet can reach there as a result of after-death teleport.

Why parallel universe theory can be true?

This question and its explanation may turn the parallel universe theory upside down. Ask yourself a question, what if this theory on parallel universe is just a fiction or a novel? What if its mere imagination of a movie maker or books writer. Lets dive right into it.

The number of parallel universes can be in thousands or millions. Scientists who deal with astronomy believe that as we can’t prove the non-existence of a place other than the Earth where life exists, this means there is a probability of the presence of such a site, planet, or universe. As any other creation or evolutionary animal has never approached us, it doesn’t necessarily mean that there can’t be any different universe or universes. Establishing it as a fact needs substantial grounds to stand on and undeniable events to present.

Another theory is, as the theory on Earth’s existence suggests Big Bang as the point of creation of Earth, it implies that on the verge of the peak point of energy formation, a big bang occurs.
The Big Bang is associated with the theory that when the energy created is out of control or overcomes the impact of it’s surrounding, it tries to get to a stable condition just like any other element. This stability is achieved by disposing-off the excessive amount of energy. As a result, the matter starts cooling, which in the case of Earth, made it possible for it to gain a more relaxed and stable condition.

Now this suggests that similar Big Bang would have occurred countless times in this universe, as the Big Bang itself is not an unusual event planned to result in the creation of humans. If we ever recognize it as a special event, it implies that it took place due to involvements other than natural phenomena. Here these natural events are considered as events inspired by nothing, or more precisely useless as scientists think that there is no starting point of any such natural phenomenon all around the universe.

Why there cant be a parallel universe?

As science is all about seeing, proving, understanding, and consequently believing, we have enough arguments to claim that there isn’t any parallel universe. Similarly, we haven’t seen anyone leaving this planet after death, so the claim is deniable or almost irrelevant that people can continue living after their deaths on some parallel universe. Saying so means explicitly such parallel universes that would have been or would come into existence as a result of Big Bang.

It is powered by the theory, which tells that there is a supernatural deity taking care of all these events. If it was somehow Big Bang, which became a reason for earth’s formation or evolution, it was for sure a planned event. Similarly, if it wasn’t planned, then there must be multiverses. Because the physical phenomenon provided as a justification of this theory as the creator of the earth isn’t outlawed to repeat this natural phenomenon.

Here is a link to an article written by our Editor comprehensively addressing the subject, please proceed if seems interesting.

Is It A Fact That There Is A Parallel Universe or Alternate Universes?

No, It isn’t a fact that there are parallel universes out there that’s why we call it parallel universe theory. We don’t have enough knowledge to either deny it scientifically or vice versa. This means that scientific knowledge isn’t authoritative enough to take into account the events outside the physical phenomenon of surroundings and known-circumstances. 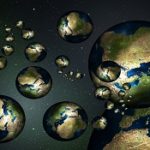 As its a fictional science, there are a number of book available on the topic. I a m listing few of them!
Parallel World
The Hidden Reality
Parallel Universes: The Search for Other Worlds

It is a time-consuming process to generate Free Business Loan Leads but it is...
Health

A common stomach disease, effecting more and more people today than in the past....
Science & Tech

In the 21st century, no one can think about living without a strong communication...
HardHourTech Blog