If you’re a true marvel fan, you’ve probably already seen Avengers Endgame whether it’s in the cinema or just your computer and a pirated print and how could you not, it’s the final episode of the most expensive TV show in the world. Although, the spoiler ban has already been lifted and all spoiler hell has been let loose, and you’ve probably either already seen the movie or know major plot points from it, we’ll let you know when you ought to turn around.

We’ve waited over 7 years for this since he was first teased back in The Avengers and boy was it the promised ending to the saga. The movie follows the typical three acts storyline and ties them together so well while allowing room for characters to build and ending a few arcs perfectly while setting up new ones. Such emotional moments and cliffhangers that all kept us hanging to the edge of our seats at all moments. There were minor issues with how every single person was handled but the Russos did their best to give everyone a very well earned and deserved moment to shine.

Now in this section I shall give my own Rating to the movie. This is just a personal opinion. Yours may differ and I respect your right to it. But this is how I felt Stick around to find out my exact reasons for this rating and why I deducted the points. Apart from the mandatory cutting of course, you have to leave room for some betterment that can come along.

22 movies ago, a journey began and a thread was loosened. Half of it was tied in Avengers Infinity War with just the last batch of loose threads left in the saga. The sheer genius of Infinity War was realized in the first part of Endgame. As the avengers went to “The Garden”, Thanos’ retirement palace, we saw a wounded Thanos with half his body burnt from destroying the stones, so that no one could attempt to use the stones again for they held too much power and he couldn’t allow for them to fall into the ‘wrong’ hands.

As the Avengers confronted him, you could feel sympathy for an old soul who sacrificed everything to do what he felt was right. His actions were personified to be unselfish. And as Thor finally went for the head while he was apologizing to his daughter, you’re fighting to hold back tears. Half the population of the universe was dusted; they barely felt a thing as they ceased to exist. Thanos’ death was brutal, questioning the wrongness of his actions further. People in the audience still wonder “Maybe he did the right thing”.

The first act was just the team regrouping, finding redemption, but eventually, they had to move on. The Avengers were trying to help as many people as they could, trying to move on. Tony retired and finally had a life with Pepper Potts. Some people moved on, most didn’t. And as Scott Lang was set free by a rat (yes you read it right), things changed, and with the introduction to time travel. Some of the movie’s events come down to chance but the 14 million possible outcomes scene in IW allows for some leeway. Statistically speaking, a rat pressing a random button isn’t in the realm of ‘astronomical’ either.

The rules of time travel are based on the Many World interpretation of Quantum Mechanics, such that, every time you go into the past, a new timeline is branched into reality and your actions don’t affect your own future. The second act is the Avengers splitting up and finding the stones at different places in different times. It is a beautiful recap of the entire MCU with much needed closure moments for a few characters.

Natasha Romanoff sacrificed herself to allow Clint to obtain the Soul Stone, providing an end to a beautiful arc for her, clearing the red in her ledger. Tony after the initial failure to obtain the time stone from New York going to the 1970s and meeting his father finally has some form of closure with his father, a dream that haunted him for years. Thor’s moment with his mother was among the most beautiful in this emotional phase of the movie, allowing him to discover himself while gaining the courage to get back into the world again.

Thanos from the Power Stone timeline follows the avengers after capturing our present Nebula and replacing her with his. They snap everyone back to existence and have a battle with Thanos to the End. 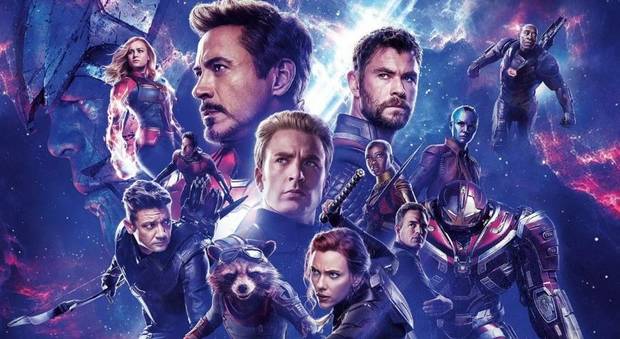 600
May 21, 2019
Previous articleIntroduction to Artificial Intelligence
Next articleSexual Harassment – Allegation is not a Joke