No doubt, today a large group of people think that someday they would fly in the sky and their dream definitely comes true. In today’s fast-moving life, some necessary steps have to be taken to strengthen our military forces. It will first have to increase the speed of its fighters, although many nations today have several aircraft that have exceeded the speed of sound (Mach 2.0).

Below are the top 9 the fastest aircraft in the world ever flown and comprehend what they have in the trunk.

The North American X-15 is an aircraft that has set the flag of success. North American X-15 has the modern society record for the fastest-moving aircraft. Its aircraft has a maximum speed of 6.70 mach, which is about 7,200 km / h, which is a great example in itself. William J. “Pete” Knight was the pilot of this aircraft, and he is the first to be aware of its speed.  In the beginning, X-15 was used at high speeds because it was not invented to steer using traditional methods. Instead, it was used as rocket thrusters. This Aircraft need some extra protection for the

Su-27 Flanker, Sukhoi is the fastest air superiority fighter aircraft covering a long distance. It is very superior aircraft with many aspects. Su-27 is a very excellent aircraft with many respects. It has a twin-engine with blended wing and fuselage along with twin tail fins. Most of the air shows demonstrated that the Su-27 Flanker, Sukhoi has an outstanding controllability at high angles of attack. Sukhoi Su-27 aircraft are implemented to run an autonomously in the battle across hostile territory, in the escort of long insertion air strike and the elimination of terrorist airfields. The aircraft accommodates general air defense in combination, including ground and airborne power stations. This aircraft’s top speed is 2.35 Mach, which produces the very end of USSR craftsmanship. I am here including some other aircrafts variants of Sukhoi by Flanker in 1977: Sukhoi Su-30, Sukhoi Su-37, Sukhoi Su-33, Sukhoi Su-35, Sukhoi Su-34. And last, not the least Sukhoi Su-27 by Flanker was already prepared for passenger fun flights with MiGFlug!

The General Dynamics F-111 “Aardvark” is a modern-age aircraft with a top speed Mach 2.5. The aircraft, being a twin-seater pilot’s control, delivers more luggage than other iconic aircraft with “swing-wing” technology. This impressive aircraft can fly with a weight of 13,600 kilograms at a time. The capacity of it includes the bombs, a nuclear weapon, air-to-air missiles, or an 1800+ round machine gun. Aardvark – General Dynamics F-111 was the first aircraft production with the configuration of variable-sweep. It was also tested many times for carrier-based operation, although it is still incomplete, which has not been completed, some successful efforts have happened.

The McDonnell Douglas F-15 iconic Eagle is a twin-engine, all-weather fighter aircraft that makes the successful fighter jets. It professes to be one of the numerous successful fighter jets to be built. This high-speed aircraft is currently in service with the US Air Force. Its twin-engine and thrust-to-weight ratio is approximately 1: 1, which can increase the speed of an 18,000 kg aircraft by more than 2.5 times the speed of sound. This aircraft was first introduced in 1976, because of its success. It will continue to serve in the American Air Force till the year 2025.

The Mikoyan MiG-31 Foxbat is a Russian-made interceptor aircraft with a top speed of Mach 2.83, making it among the high ten fastest aircraft in the world list, with a top speed. The next plane in the same variant is the Mikoyan Gurevich-31 Foxhound. This aircraft is designed to fly straight and very fast, to intercept the attacking aircraft and to destroy the enemy. The modern MiG-25 Foxbat, which arrived in the late 1980s and early 1980s, is a modernization of those aircraft. Best specification of MiG-31 Foxhound “Mikoyan”; One 23 mm gun with 260 rounds, 6 times R-37 Air-to-Air missiles, it carries long or medium-range missiles. The Mikoyan MiG-31 Foxbat is now in service with the Russian and Kazakhstan Air Forces.

The Lockheed YF-12 is undoubtedly worthy of its position in the jet fighter hall-of-fame as the legendary SR-71 Blackbird drew inspiration from it. In the early 60s, the YF-12 dismantled any pre-existing flight records. However, the YF-12 program was so secret that people did not realize that it was the first real test of stealth technology.

The year 1964, this amazing airplane can reach 3.35! The YF-12 SR71 was the precursor prototype of its more famous sibling, “Blackbird.” It reached a record speed of over 3200 km at an altitude of 24 km. The YF-12 began as a secret project that eventually led to our next entry. Who knows how many UFOs inspired it during development?

Lockheed designed the YF-12 for the US Air Force as an interceptor. The design of the aircraft based on the top-secret Lockheed A-12 reconnaissance aircraft. This particular aircraft can accelerate up to 3.2 Mach at 74,000 feet.

Since its introduction in the year 1966, it has been used by both USAF and NASA. Thirty-two blackbirds were made, which were used for reconnaissance and experimental research. It featured stealth technology, but if it were against all the odds of being snatched by enemy forces, it could surpass interceptors or surface-to-air missiles due to its superb speed. The SR-71 got its nickname from a significant fact that its layout performs incredibly secretive. It packed side-scanning radar and had the ability to intercept enemy radar and communications. The aircraft has earned its reputation as a secret and fast weapon of war. Blackbird has an extraordinary history of over four thousand attacks with not a single hit.

Originally originated in the year 2010, this model hyper sonic aircraft is recorded hitting the Mach 20, provided it was technically gliding instead of the proposed flight. The Falcon hyper sonic technology vehicle is the only UN-crewed aircraft on our list and is currently under development by DARPA and the US Air force.

It has been used to collect data, and it can travel between Los Angeles and New York within 15 minutes! This is incredible! It’s a multi-research and development efforts to expand the technical knowledge base and advance critical technologies to actualize long-term hyper sonic flight.

Use Hangars for the Storage of an Aircraft:

Conclusion:  If you also possess interest in collecting information about aircraft and airplanes then this blog will definitely help you. Go through this list and enhance your knowledge of some of the fastest aircraft in the world. I hope you would like this blog. 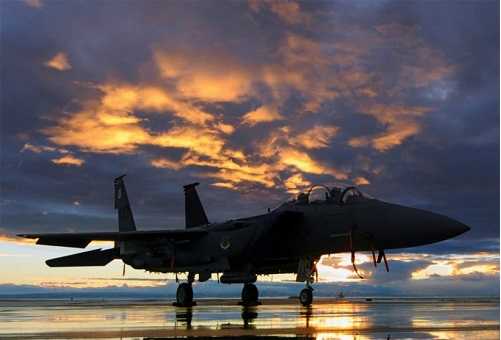 Pakistan Is Not Holding the guilt-free Israeli Pilot.