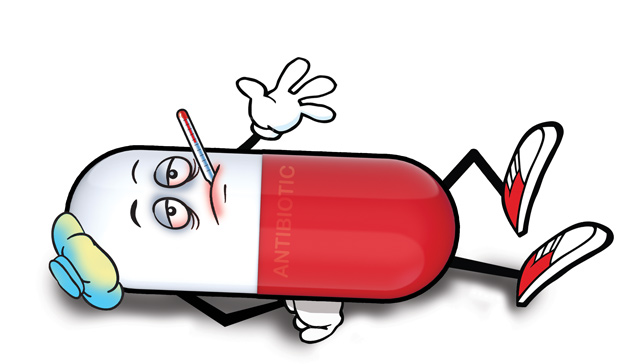 Antibiotics as we know them, have become a commonly used drug in every household. It won’t be a stretch to state that all of us have used them multiple times in our lives. What we do not realize is that these wondrous drugs also have a derogatory effect on our health if misused, one that can be disastrous.

Antibiotics are a class of drugs that help our body in fighting against such infections.


Misuse or Excessive Use of Anti-Biotics

We can understand an infection as an invasion of microorganisms like bacteria, into our bodies and multiplication leading to the formation of multiple colonies. This is when we see the consequences of such infections in the form of different illnesses, right down to fever.

We should not treat every fever or any other petty symptom of the illness by an antibiotic . It determines an infection or such bacterial colonies through various lab tests.

Labeling a person infected without laboratory investigations would be wrong, logically and ethically. There is a need to follow the professional medication protocol.

It should leave the crux for identification and labeling of infection on doctors and trained medical personnel.

We humans have our own defense mechanism called the immune system that plays its role in fighting such foreign invaders. It is the role of antibiotics to assist our immune system against such bacterial infections wherever and whenever it falls short of the capacity to do so. They do this by either halting their growth or by stopping the multiplication process.

Now, what would have possibly rendered such Messianic drugs as a danger to human species? For it was these antibiotics that proved many a time to be the biggest breakthroughs in medical advancement and largely changed the path of human life, improving life standard and increasing life expectancy. Ultimately, the risk and dangers lie in the resistance developed by microorganisms against such drugs.

Bacteria, just like humans can adapt and apparently in ways much better than human beings. It is the result of their genetics of adaptability which has enabled these sly little opportunists to develop a tolerance to our greatest weapon against them, the antibiotics.

Now it was not essentially the current state of events the medical specialists and researchers foresaw that rather the pattern of use and abuse by the general masses has led this to become such a big problem. The field of medical and pharmaceutical research has made immense advancements and made for use today, all drugs readily available.

What They Didn’t Know?

This easy and vast availability, though a blessing for mankind has borne with it some ugly consequences. Easier availability has pushed to higher scale usage and consumption of such drugs. So much that present-day people often take such easily available over-the-counter drugs with no professional consultation, hence resulting in the unnecessary and or wrong use.

What Should Be Done?

It plans the use and dosage of antibiotics followed under the supremacy of doctors for the best outcomes. People often base self prescriptions on incomplete and amateur knowledge which leads people to abuse such drugs, and this leads to drastic alternate outcomes. So, consult a doctor! It’s always ethical and reasonable.

And What Shouldn’t Be?

The major and most common folly in these cases is the discontinuation of the drug before the proper time or the completion of the dosage. This results in the spring of few bacteria within the body which after withstanding the first attack might regrow. Only this time they are much stronger than before and tolerant and or resistant to the drug initially used to treat them.

Here forth takes place the genesis of a bacterial strain that is more dangerous than others with its greater resistance to drugs. Such bacteria when transmitted to other hosts via different possible routes gives birth to infection more injurious than the last and also capable of fighting against antibiotics of the sort it has become resistant to.

In the light of all this, we need to take under consideration some crucial precautions and instructions for this highly useful yet severely dangerous group of drugs.

To keep the bacteria from developing resistance and avoid such ricocheting of infections in the community, we must seriously take into account the necessity of a doctor’s prescription for such drugs with proper compliance.

Also very important is to complete the prescribed course of medication given by the doctors as most times the symptoms might ward off but the microorganism may still linger on in your body.

Completion of the course of medication is; to eradicate the infection completely.

Banana is the most valuable, healthy, and refreshing food. Apart from its great taste and richness in fiber, banana is a very popular healthy snack…

What is the Ketogenic diet?

During the keto diet, body use only fat as an energy source. Keto diet helps you to feel fuller it suppresses your appetite by positive changes in hunger hormones, including leptin and ghrelin.

Weight Loss – How to Lose Weight?

People are now much concerned about how they look. They want weight loss for several reasons. Some just want to look beautiful whereas, some are more concerned about their overall health. Any of these reasons can motivate them to set on a journey of weight loss.
Seo Consultant

What are Long Tail Keywords & How to drive traffic

It is essential to understand, what are Long Tail Keywords? They will not only...
News

You were looking for a synonym, as a result, you landed onto this page....
HardHourTech Blog